This property was originally known as the Weldon Cotton Manufacturing Company, and last known as the Dollar Wholesale Company before the current renovation creating Riverside Mill. Consisting of several campaigns of building spanning approximately half a century; the first building constructed on the site is a three story brick cotton mill for knitting, finishing, and packing. It was completed in October 1899 by Emry & Driscoll, contractors. This structure features the elements of slow burning mill construction including masonry walls, widely spaced heavy timber posts and beams with chamfered corners, and a low pitched metal roof frame. An interior stairwell has now been added between the first and second floors, but originally there was an exterior stair which would have kept the floors separate to prevent fire spread. The building was extended to the southeast at an early period, possibly at the time of the construction of the second structure in 1901. Though there have been many other alterations to the building over time, they are largely reversible in nature and the integrity of its original form is maintained. The main changes to the exterior appearance are the replacement of windows and the closure or alteration of fenestrations, the addition of two porticos, the removal of the exterior stair, and the raising of the grade.

The second structure added to the property is the 190I carding and spinning mill building, the construction of which has already anticipated at the time of completion of the 1899 building, . This building was constructed much like the first except that it is two stories with taller, wider window openings on the second floor and shorter on the ground level and a even lower pitched but still gable roof structure. The posts and beams of this structure are like the first in size and spacing, but utilize iron post caps instead of wood. An addition to this building, extending it to the southeast, was completed between l915 and 1923. This addition maintained the same brick exterior walls and heavy timber interior framing, though employed a foundation partially of poured concrete. It also features square window openings on the ground level but maintains segmental arches in the window openings of the second level.

The final campaign of building at the site, which may have also occurred in more than one stage, was completed after 1941 and likely, prior to 1956 though data to confirm the construction date has not yet been found. This large addition to southeast and south of the complex was executed with concrete block, a flat roof system, and uses all square window openings, but perpetuates the heavy timber interior framing, though with slightly different post caps and additional floor beams between the posts which shifts it into a category of semi mill or warehouse construction. The large southern portion of the block addition is one story and presently has a concrete slab floor. This building has also had all of its fenestrations blocked in. All together these buildings demonstrate a slow evolution and amalgamation of construction techniques from a late nineteenth century standard of slow-burning mill construction. An additional feature of the property, which has existed in some form, at least since I 909, is an industrial water tower. The tower was originally located to the southeast and may have been relocated during the construction of the newest addition to the northeast.

The property is surrounded by residential, industrial, and natural features. To the east is a channel of the Roanoke River and undeveloped property that hints at the mill's original setting. To the southwest and northwest, the Roanoke River Canal and the mill race which were the building's raison d’être, have been gone for many years and are now paved and grass areas.

The Weldon Cotton Manufacturing Company buildings and additions are significant for several reasons: their importance to the history and development of the town of Weldon and therefore their connection to its Historic District which was created in 1996, their role in the history of industry and the harnessing of power along the Roanoke River Canal, which was listed on the National Register in 1976, and their representation of mill construction and the rise of cotton mills in the south, particularly North Carolina.

In the last half of the 19th century, the great Cotton Mill Campaign gained momentum and southern entrepreneurs and towns were encouraged to build mills with slogans like, "Bring the cotton mills to the fields," producing very profitable results continuing through the turn of the century. In December of 1898, Weldon followed suit and the Weldon Cotton Manufacturing Company was formed by prominent Weldon citizens, including W. T. Shaw, W. A. Pierce, William E. Daniel, William R. Smith, and Mayor James Gooch. On January 12, 1899, the significance of the new cotton mill to Weldon was heralded by the Roanoke News:

We believe that the year 1899 is to be one of the most eventful in the history of Weldon and that it will usher in more new enterprises than any dozen past years. The building of a cotton factory in the near future only points to greater enterprises and we are not only talking simply to fill space- for space is valuable, but we know where of we speak when we say that this is to be a year of great progress and that before next January we may expect to see the population of the town doubled.

On February I, 1899, the Roanoke Navigation and Water Power Company leased, for a term of 99 years, parcel I of the present property to the Weldon Cotton Manufacturing Company for a mill site, along with the right to draw from the canal upon the premises sufficient water to operate and run by water power the mill, with the maximum amount to be used for said purpose to be 250 horsepower. This was the first lease of the Roanoke Navigation and Water Power Company of any of its power, according to the wording of the Supreme Court decision in the later case of Roanoke Rapids Power Co. v. Roanoke N. & P. Co. That same month, the contract for the building of the mill was awarded to Emry & Driscoll. Thomas Leybum Emry, also known as "Major" Emry, was an active citizen who acted as contractor, mayor, and street superintendent among other pursuits. According to the National Register nomination for Weldon by Thomas Butchko, Emry was responsible for most of the brick construction in Weldon and operated a brick yard and foundry. In March, ground was broken for the construction of the new mill and on October 12, 1899, the knitting mill opened with the construction of another building already anticipated. By March 190 I, the roof was being put on the second building, a spinning and carding mill.

On May 6, 1913, the Weldon Cotton Manufacturing Company officially took over ownership of the property from George C. Green, Commissioner and receiver of the property of the Roanoke Navigation and Water Power Company in the suit of Roanoke Rapids Power Co. v. Roanoke N. & P. Co. In 1915, the famous postcard company of Curt Teich produced a photographic image of the mill, demonstrating its interest as a sight of America. In 1916, the Weldon Manufacturing Company acquired another parcel for a finishing room and, in 1923; another tract was purchased which was occupied by an ironclad warehouse, both of which no longer stand. Through this period, the cotton mills of the south were continuing to produce excellent profits. Then, in 1931-32, the cotton industry suffered its worst losses of the depression and from 1933-37, new taxes, strikes, and a rise in cotton imports continued to burden the industry. On November 22, 1939, the mill buildings and all associated property of the Weldon Cotton Manufacturing Company were conveyed to Perfection Mills, Inc. from William L. Knight, Trustee of The Citizens National Bank of Emporia, VA from whom the Weldon company had taken a mortgage in 1936. .This sale began a chain of transfers of the property from one textile company to another, with further mortgages on the property and a bankruptcy falling in between. The last company to own the buildings was C. R. Daniels, Inc. of New York who bought it at auction in 1952. C. R. Daniels, Inc. was founded in 1918, and opened operations at a mill in Maryland in 1940 and in Tennessee in 1961, demonstrating that it was clearly expanding greatly during the period it owned the Weldon mill property. In 1956, C. R. Daniels, Inc. sold the property to Riverside Manufacturing Co., Inc. who would merge with the American Package Corporation and become the American Timber Products Co. of Delaware. This marked the end of the Weldon Cotton Manufacturing Co. mill buildings’ use for cotton. After this date, the property would pass through another series of owners, last being used as warehouses and office space for the Dollar Wholesale Company and now Riverside Mill. 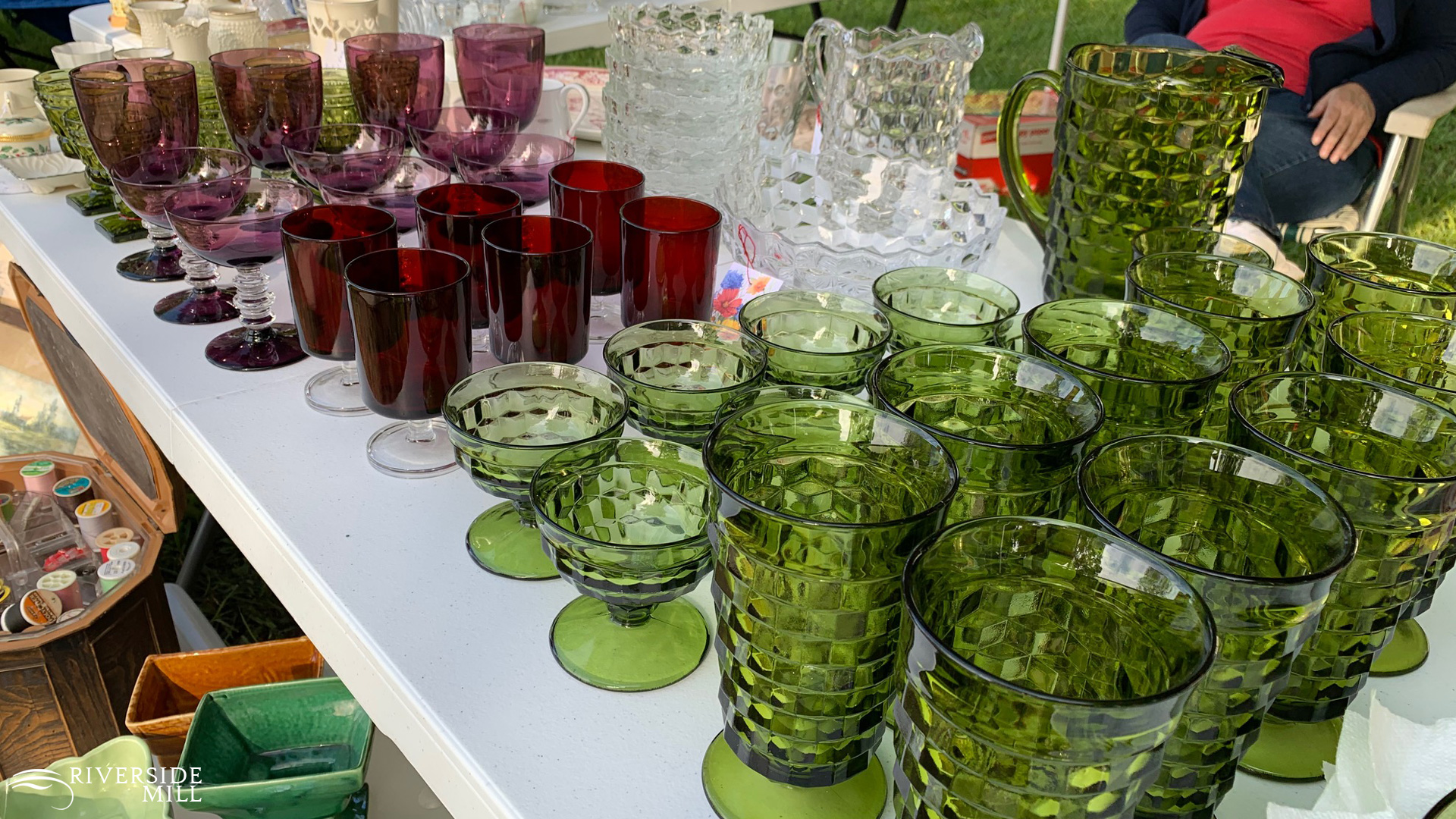 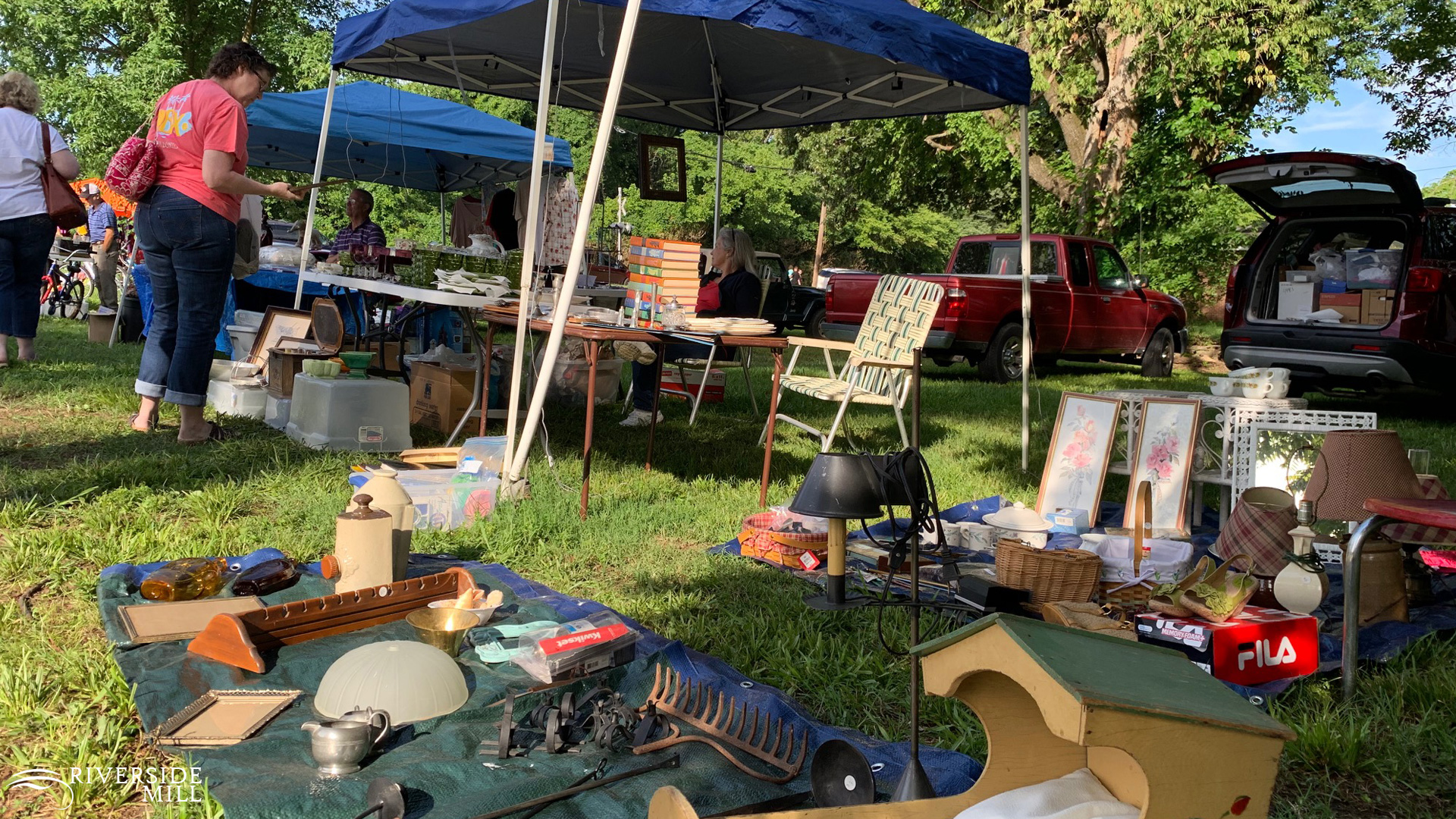 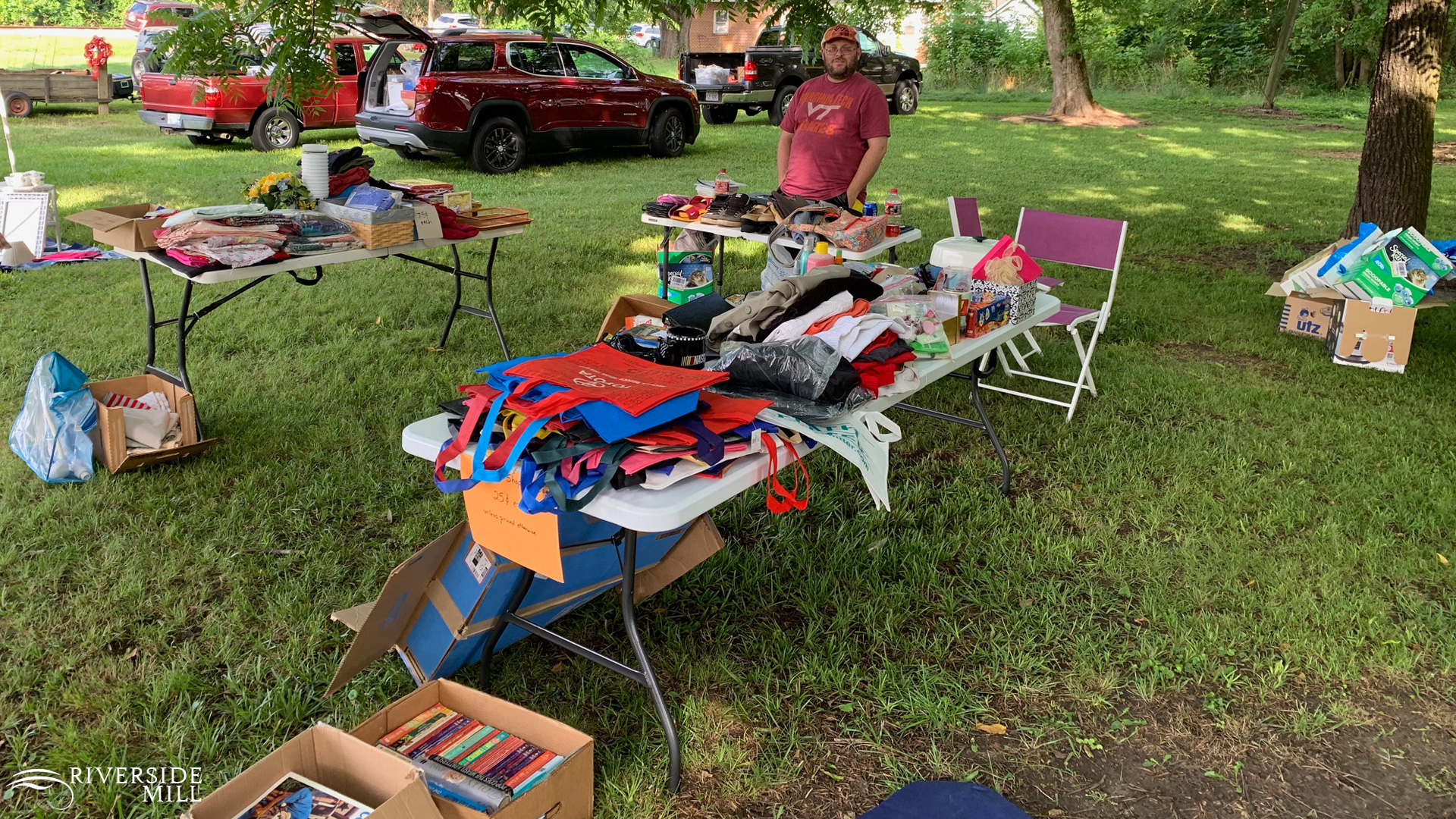 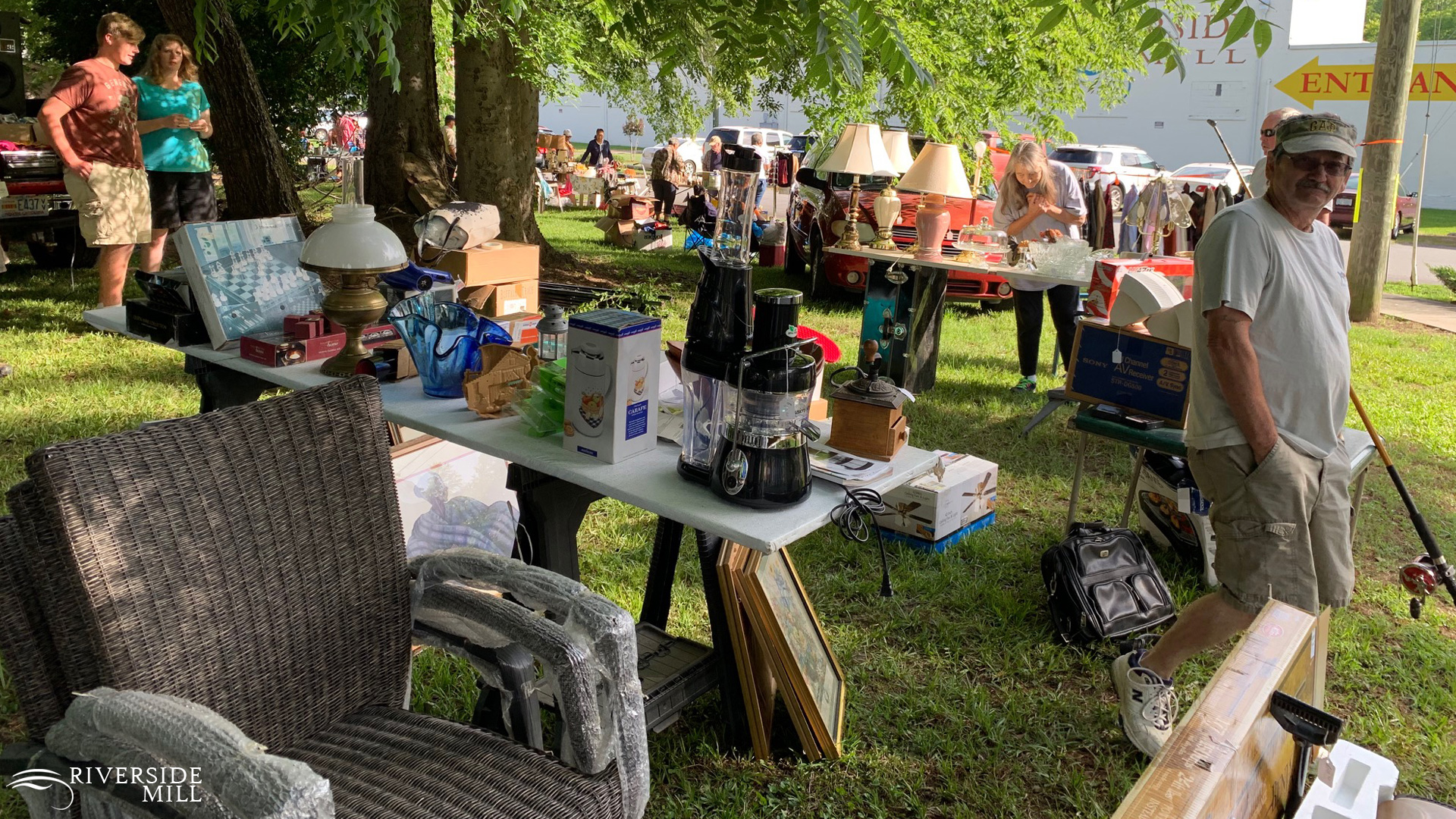 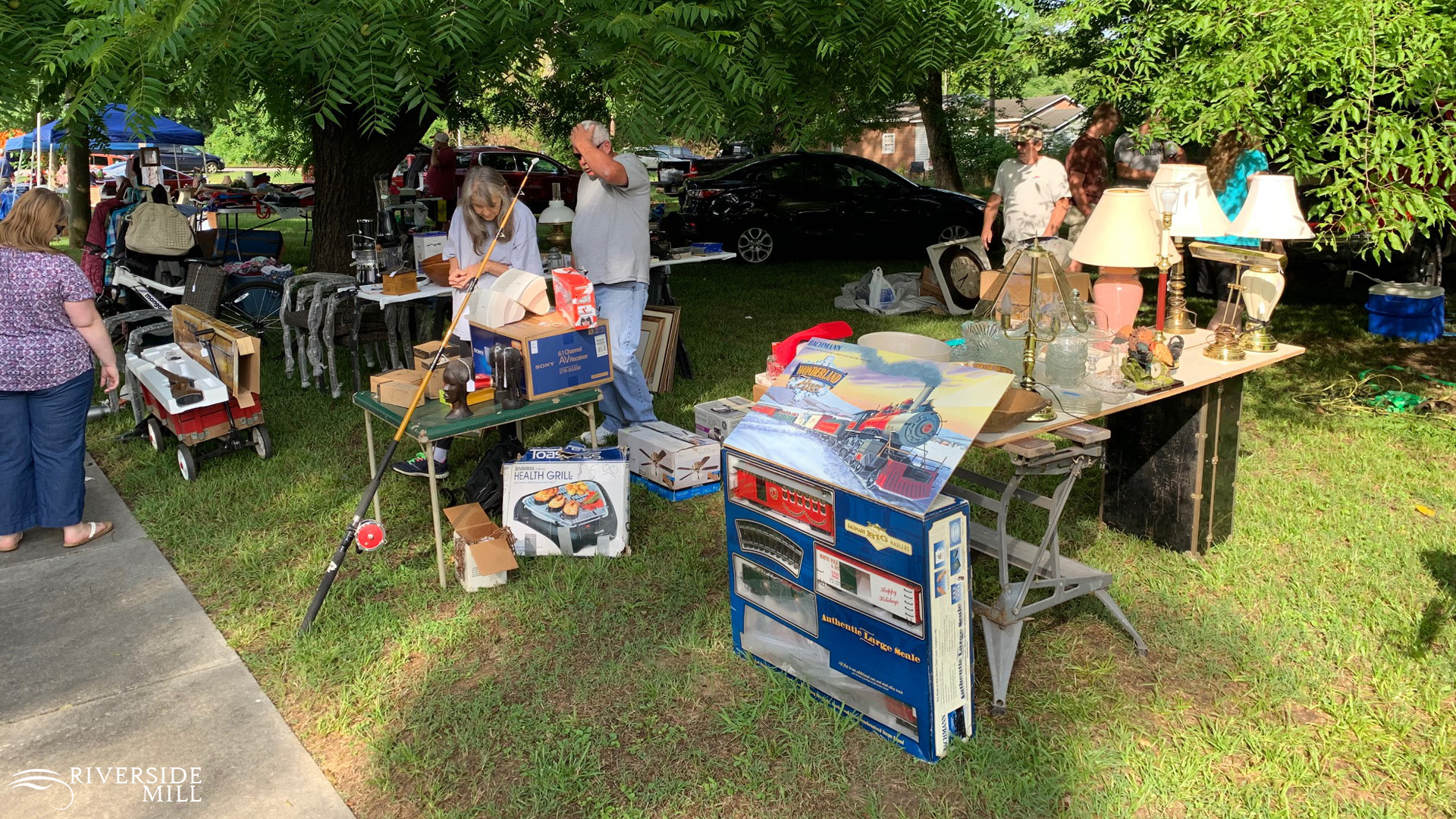 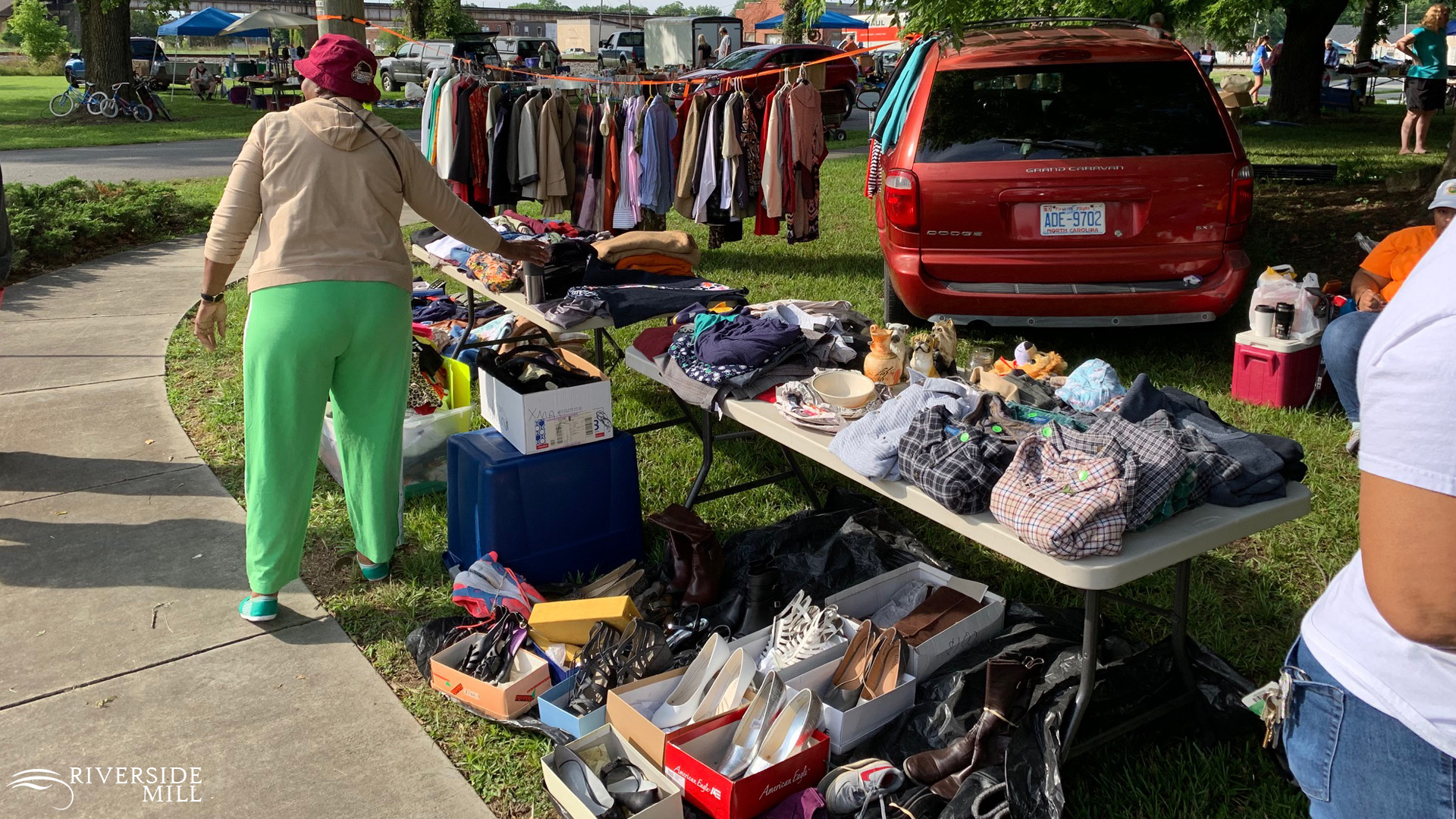 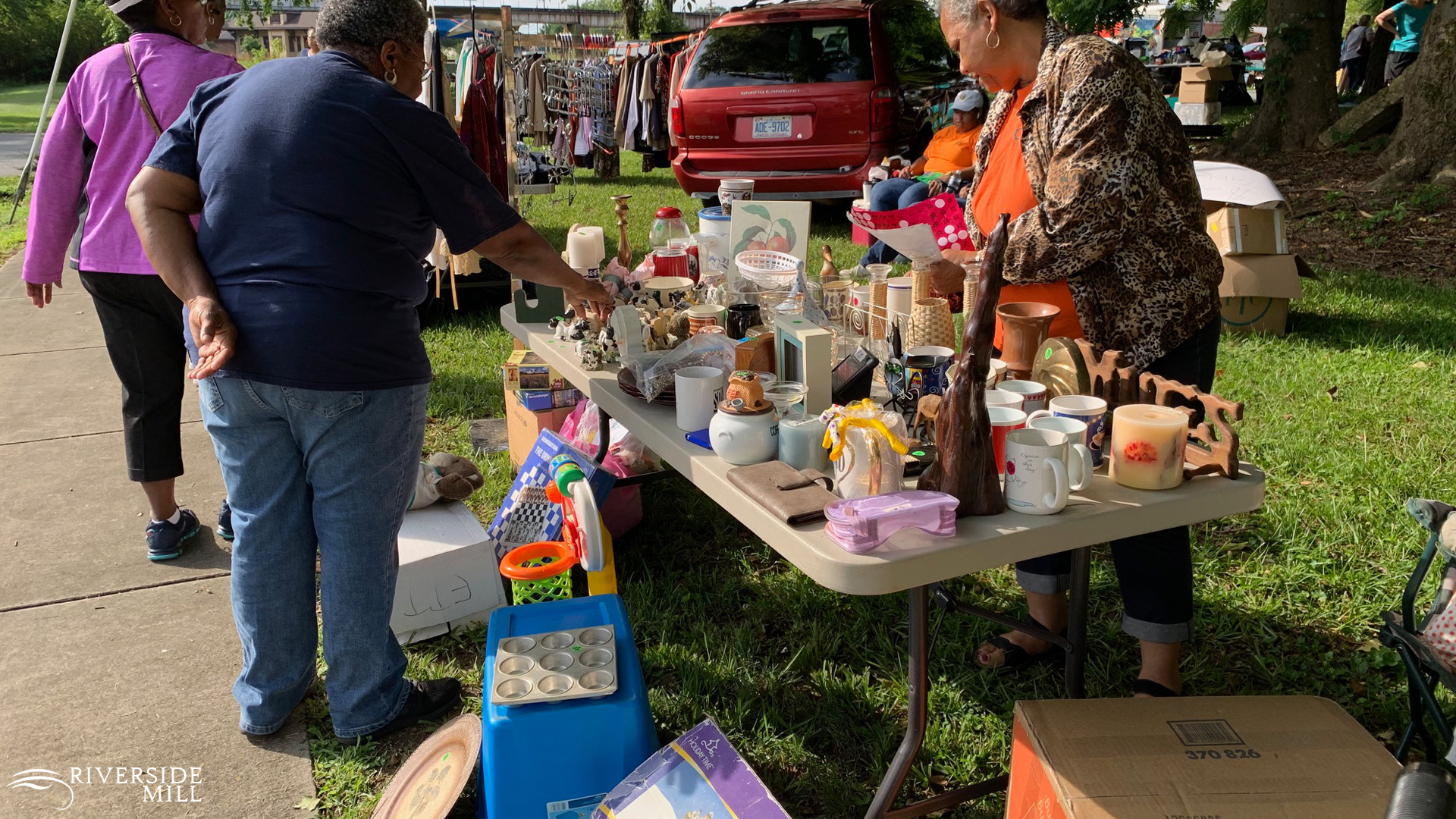 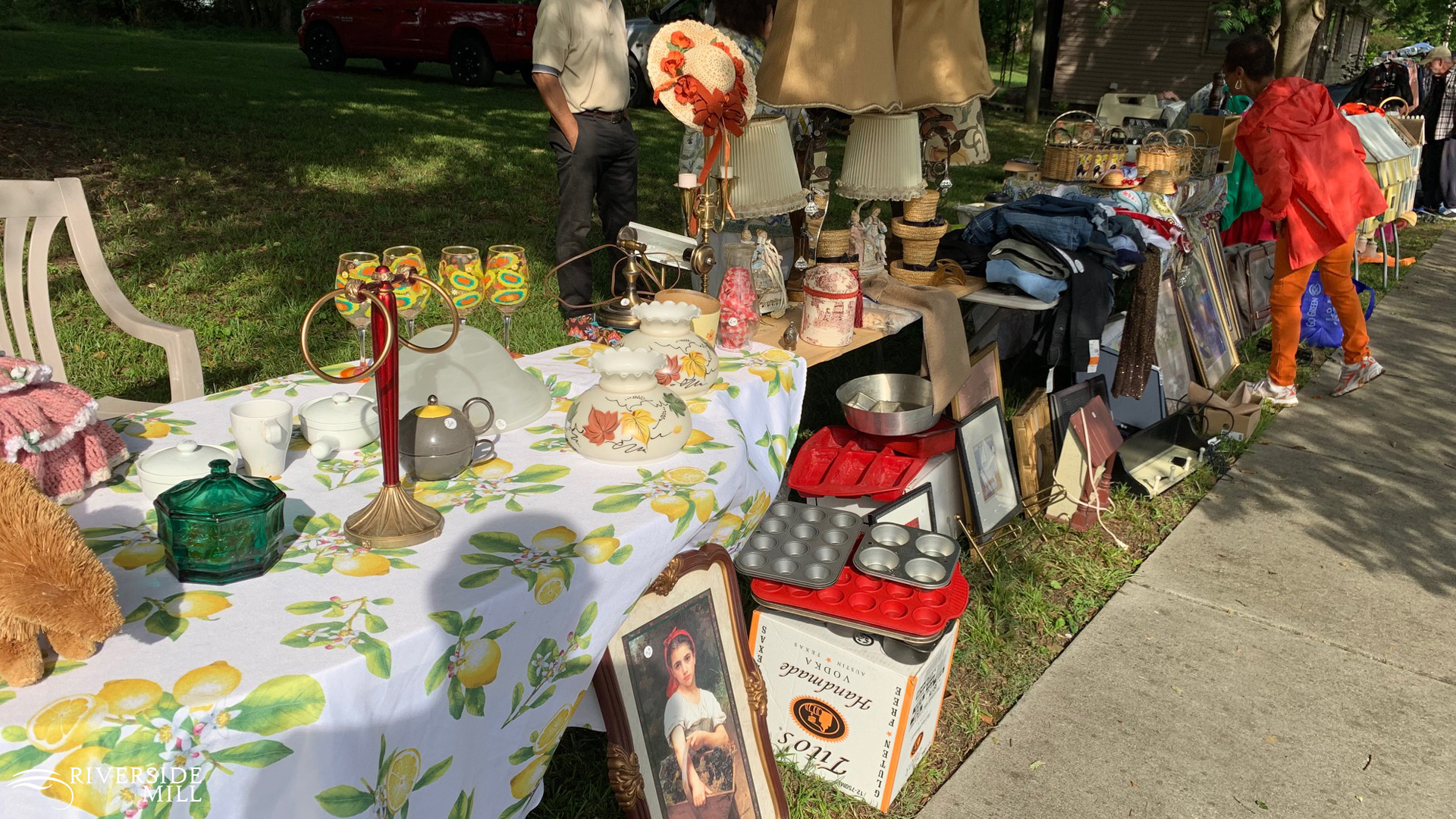 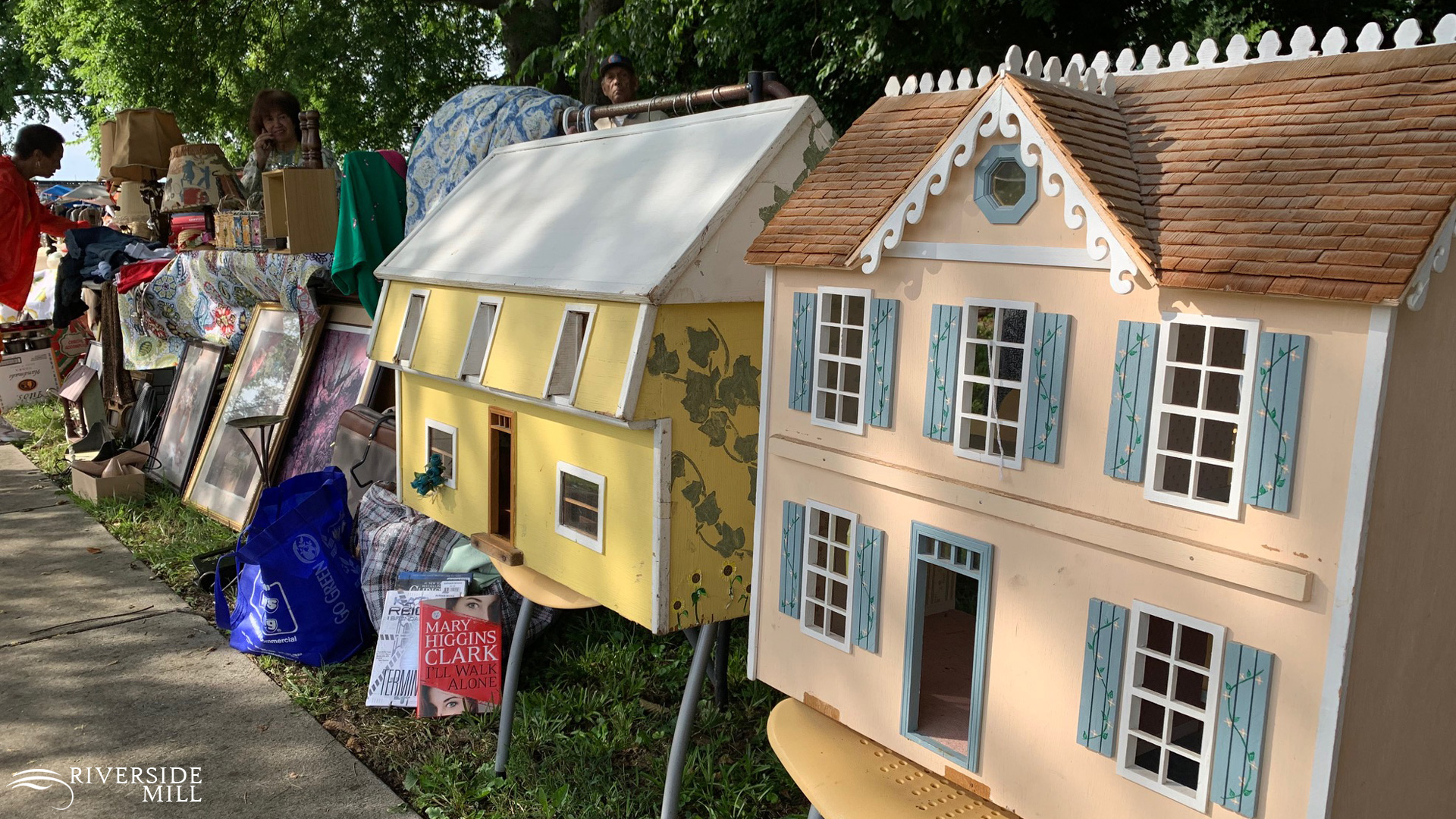 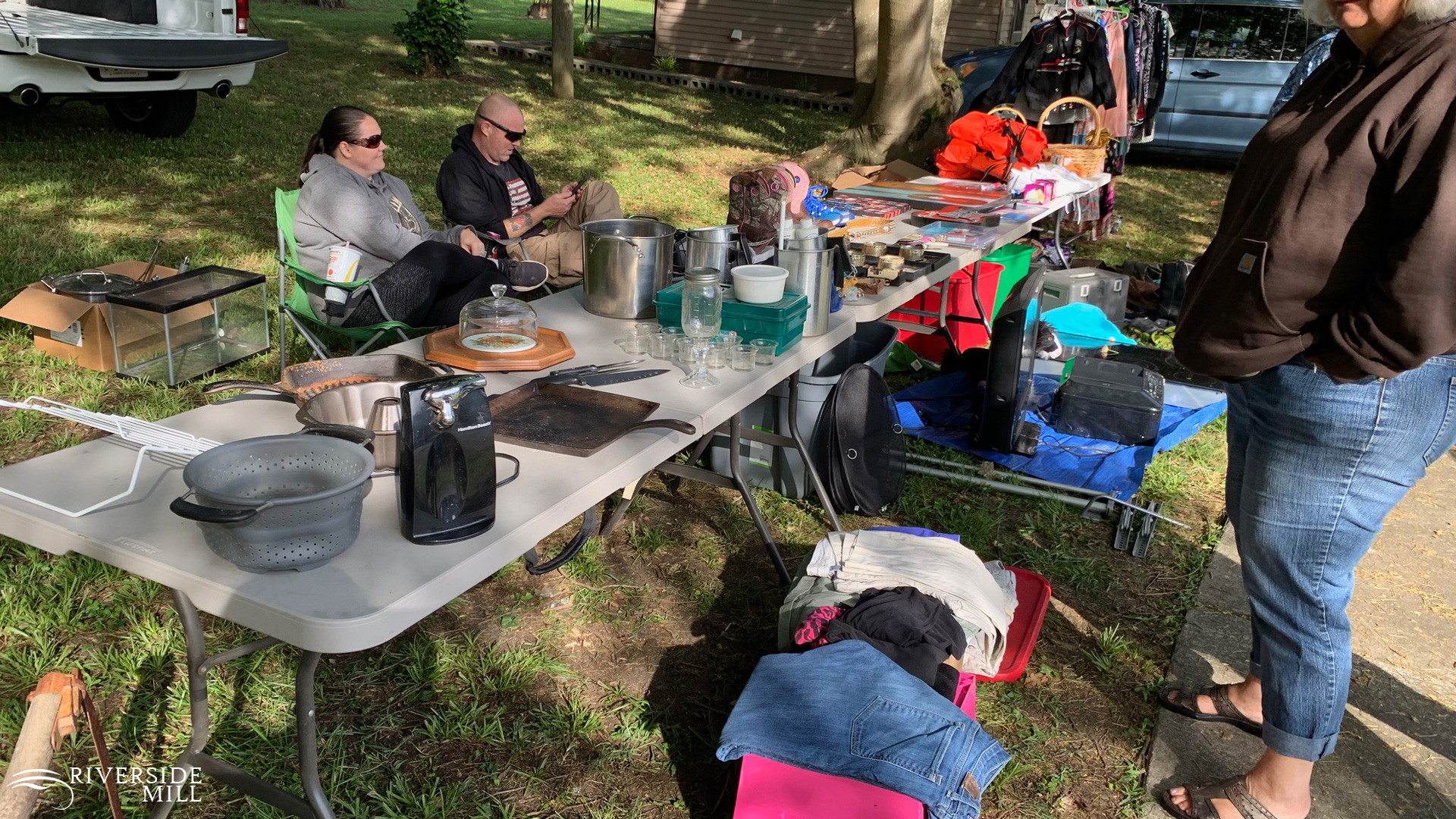 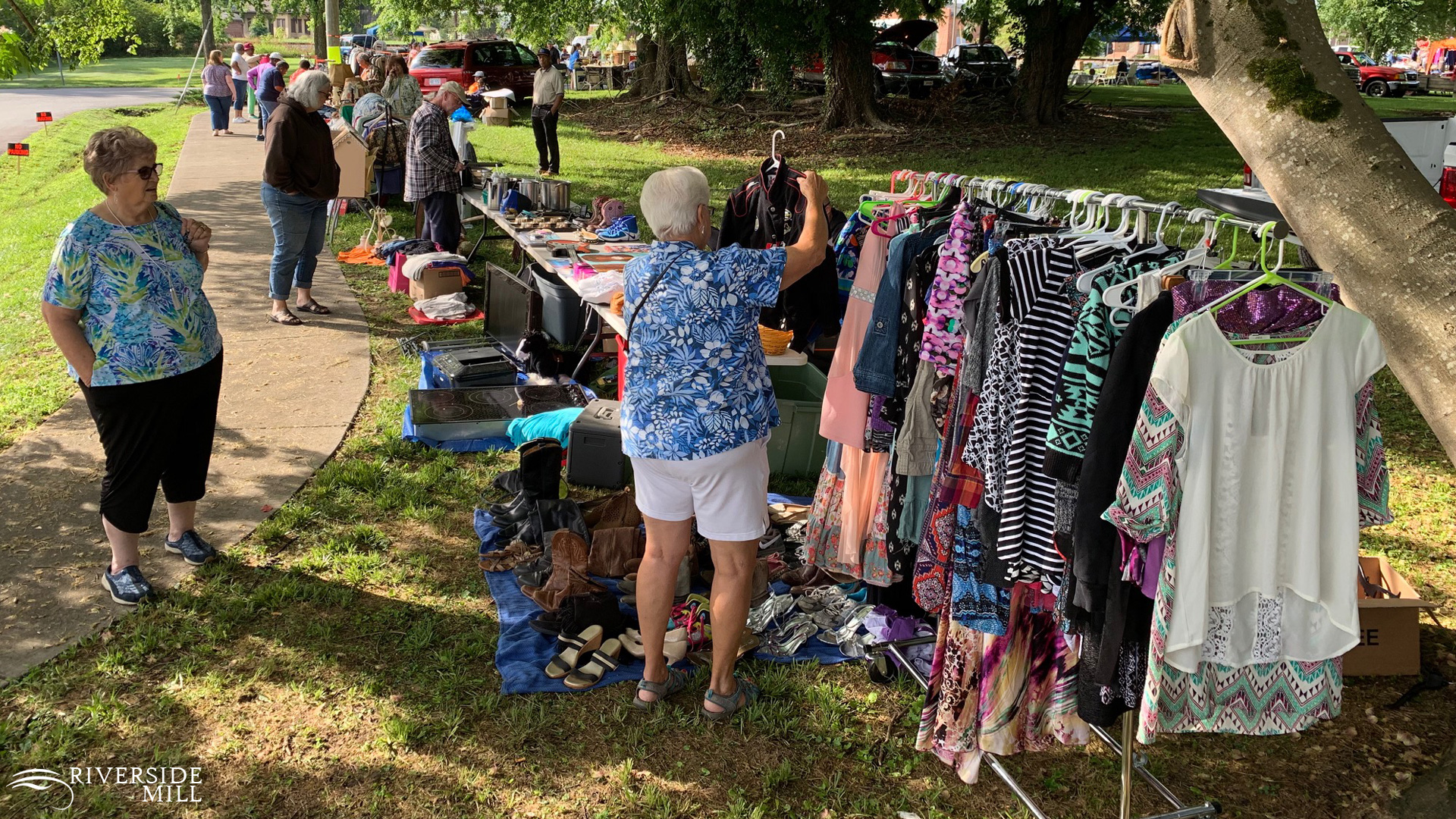 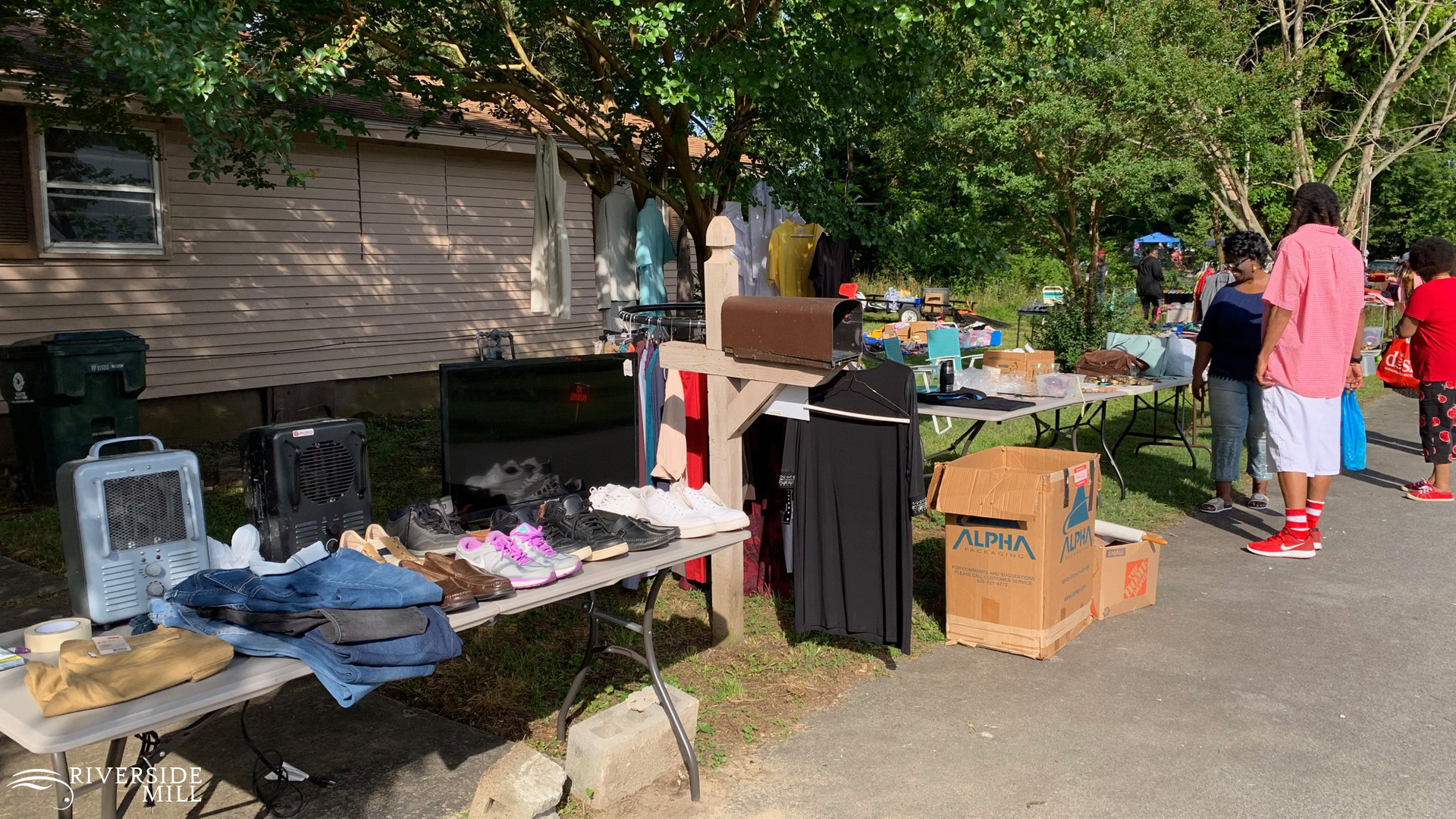 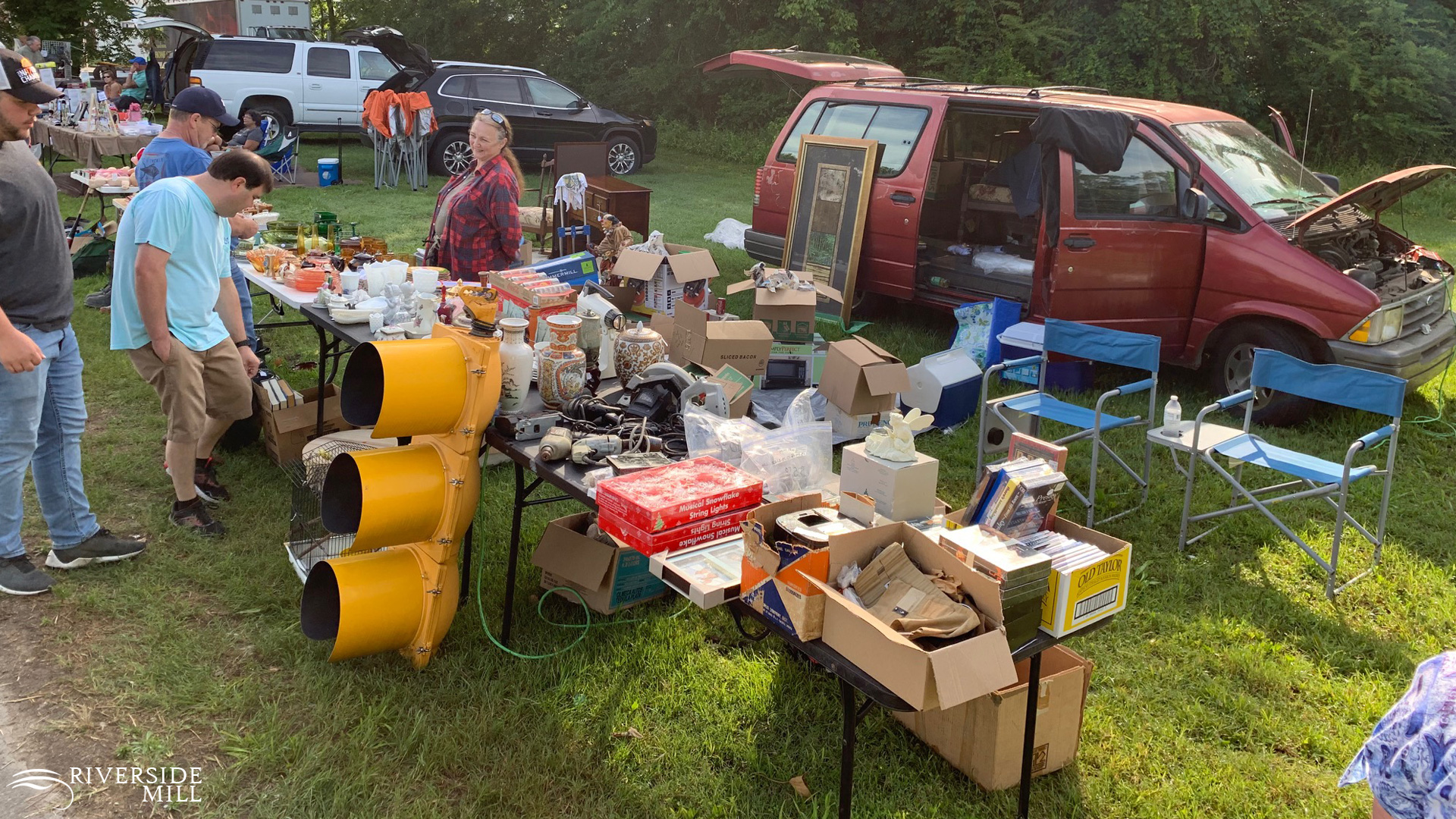 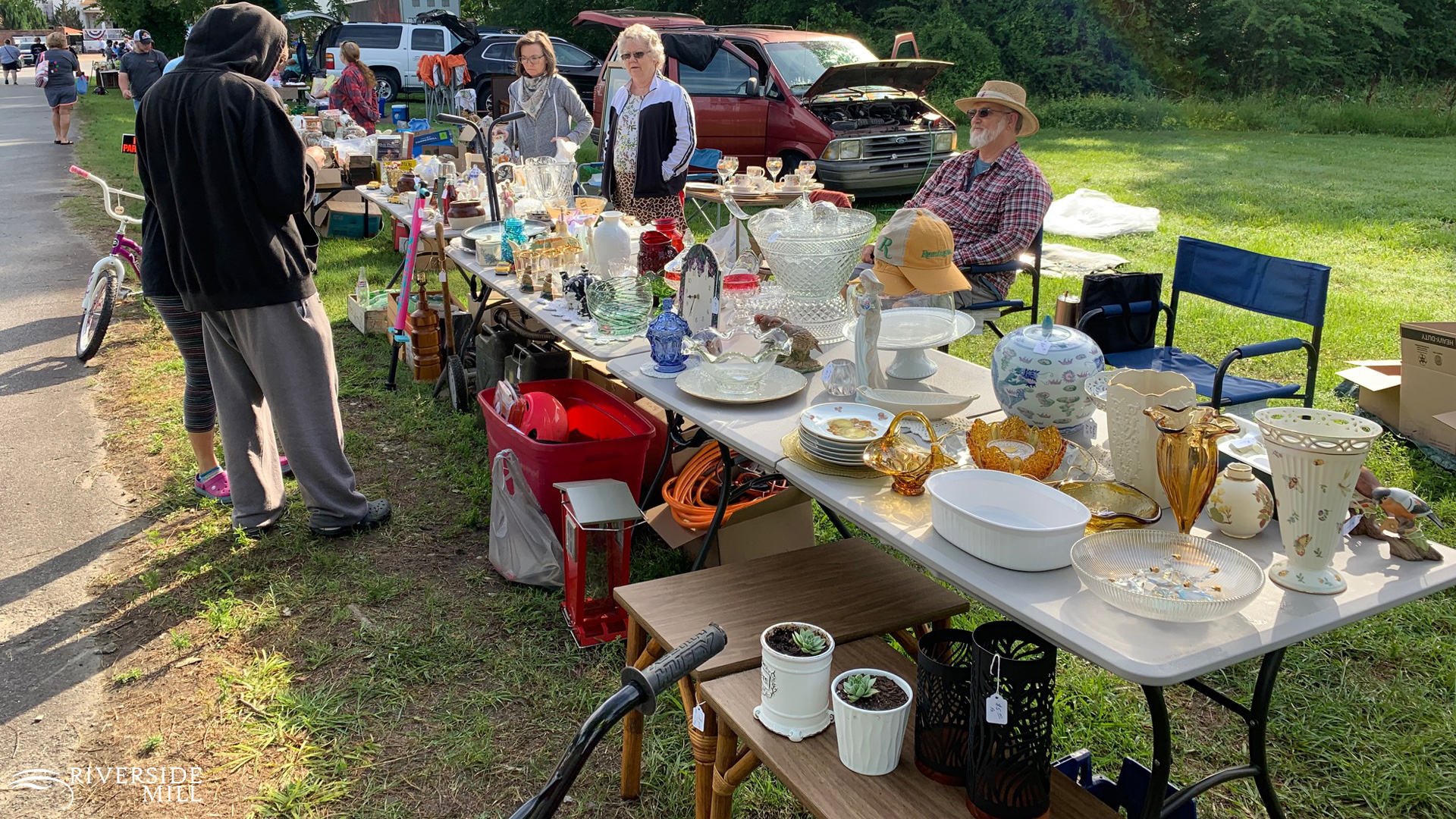 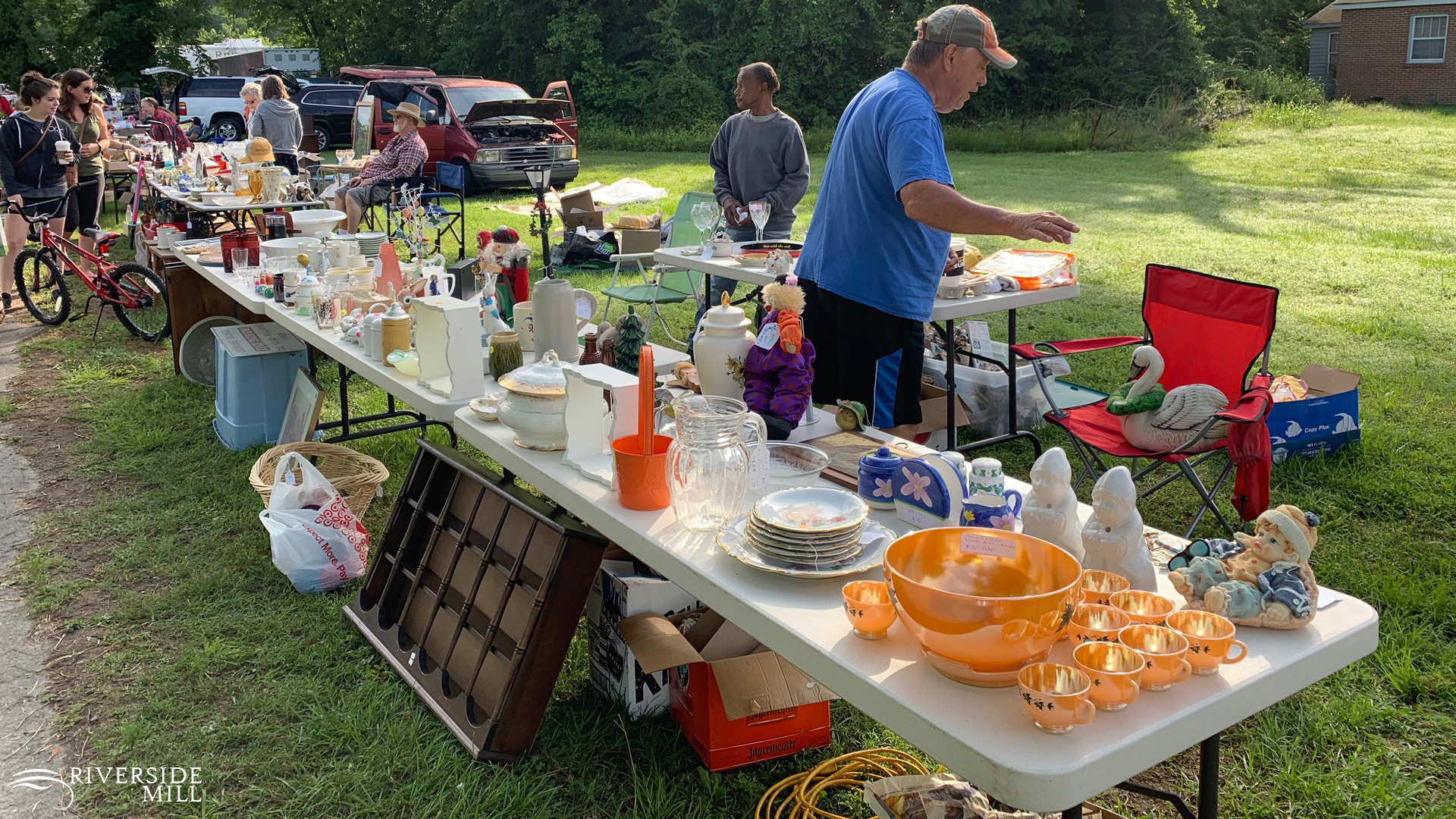 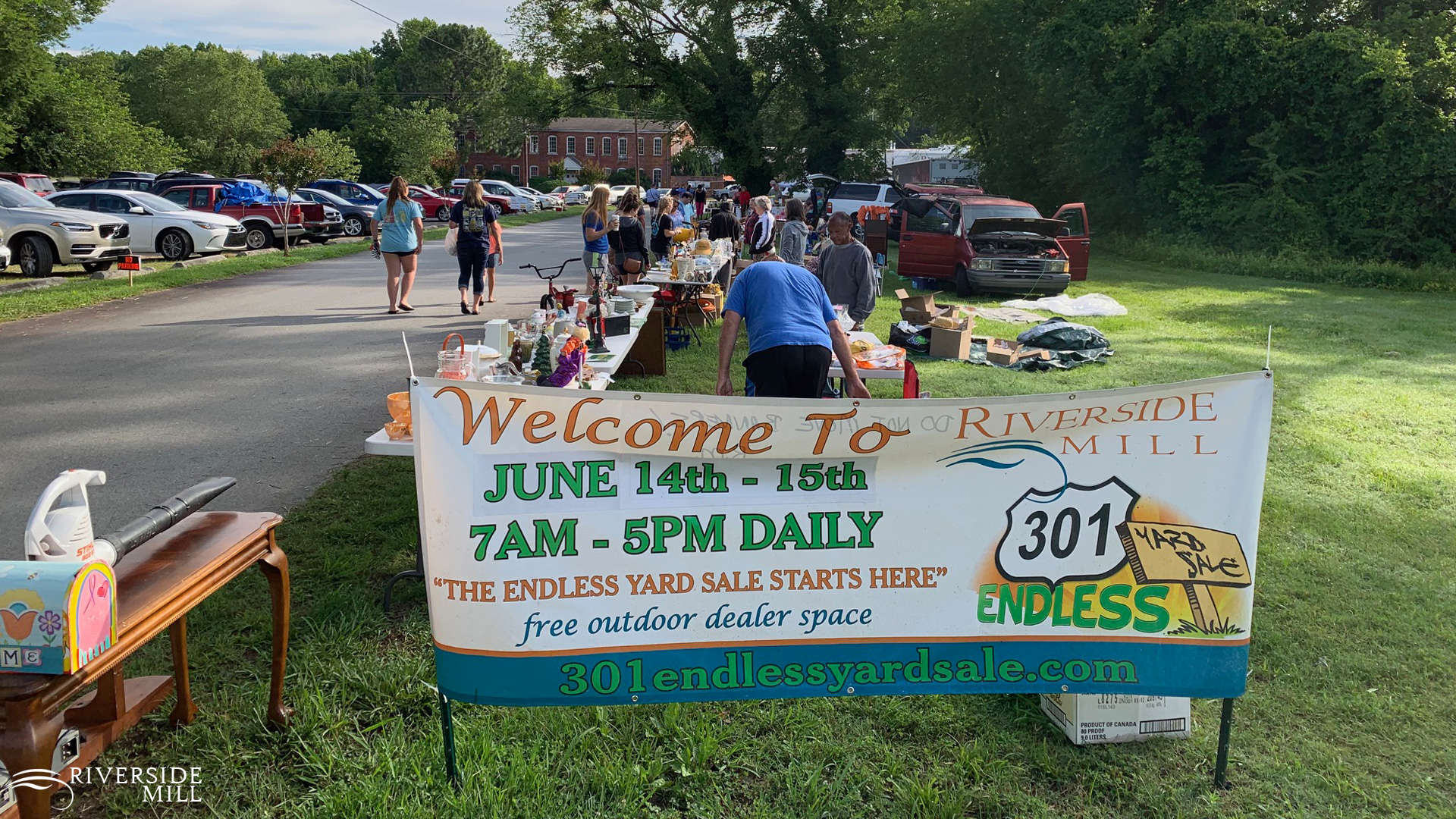 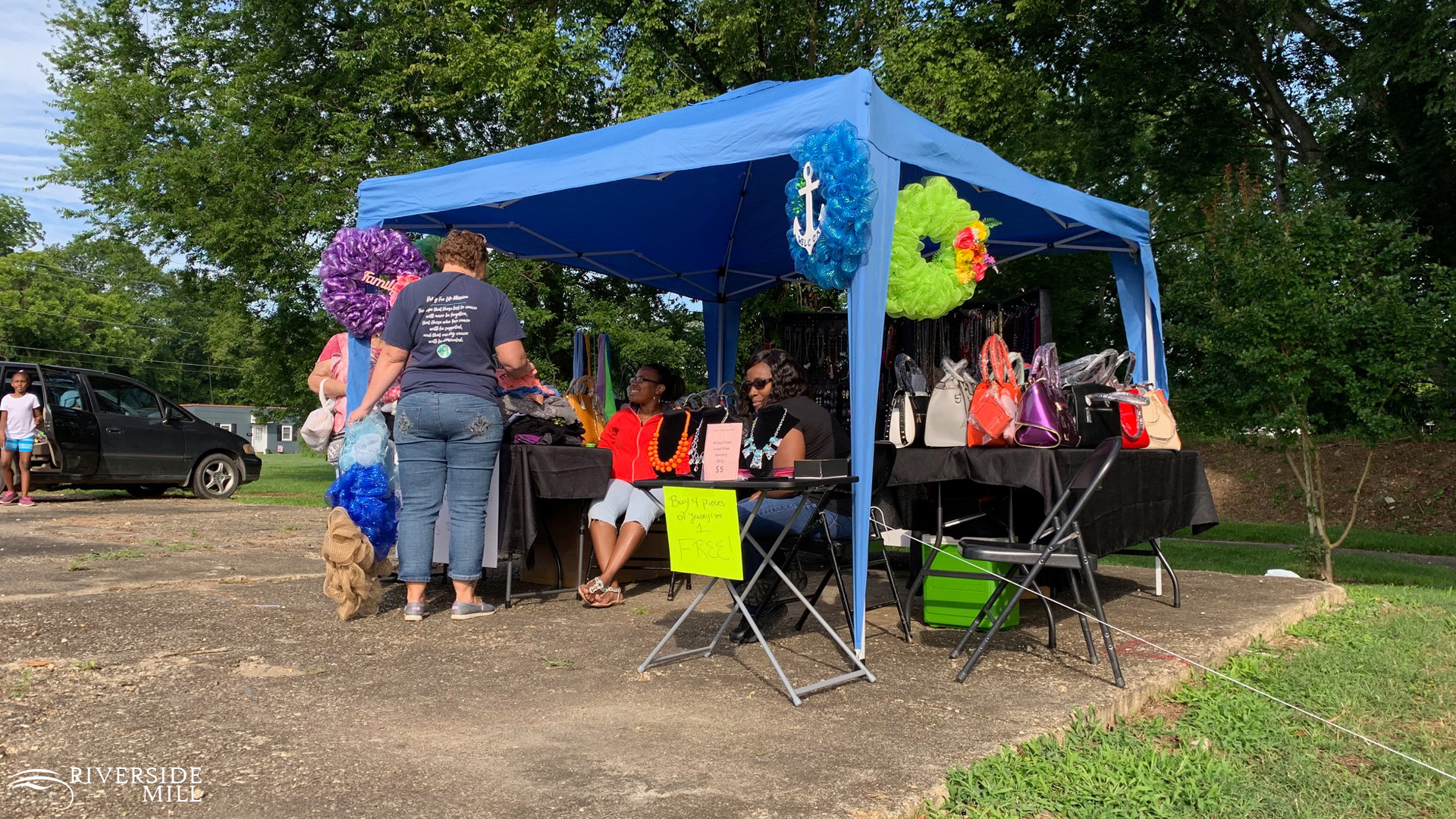 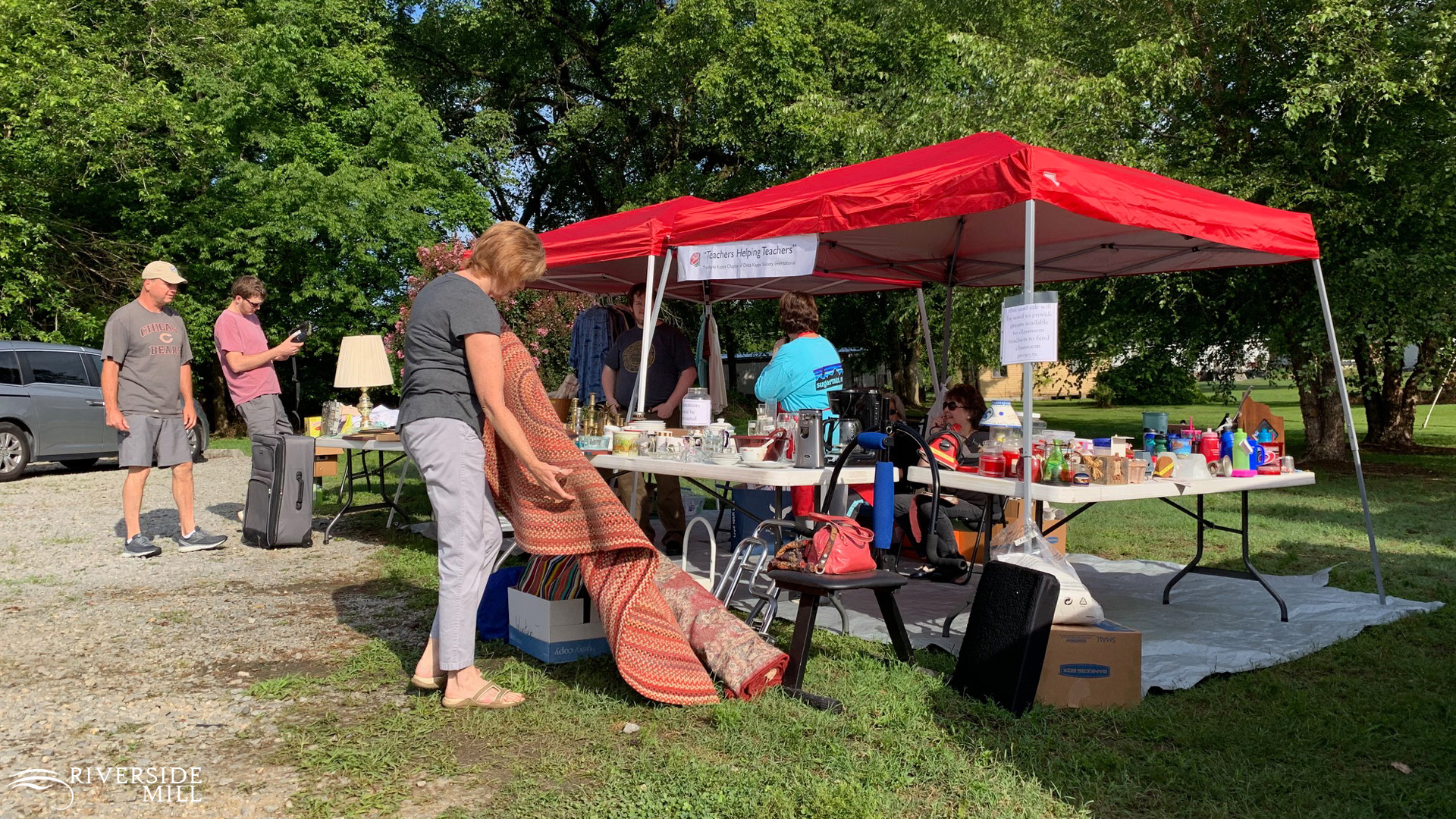 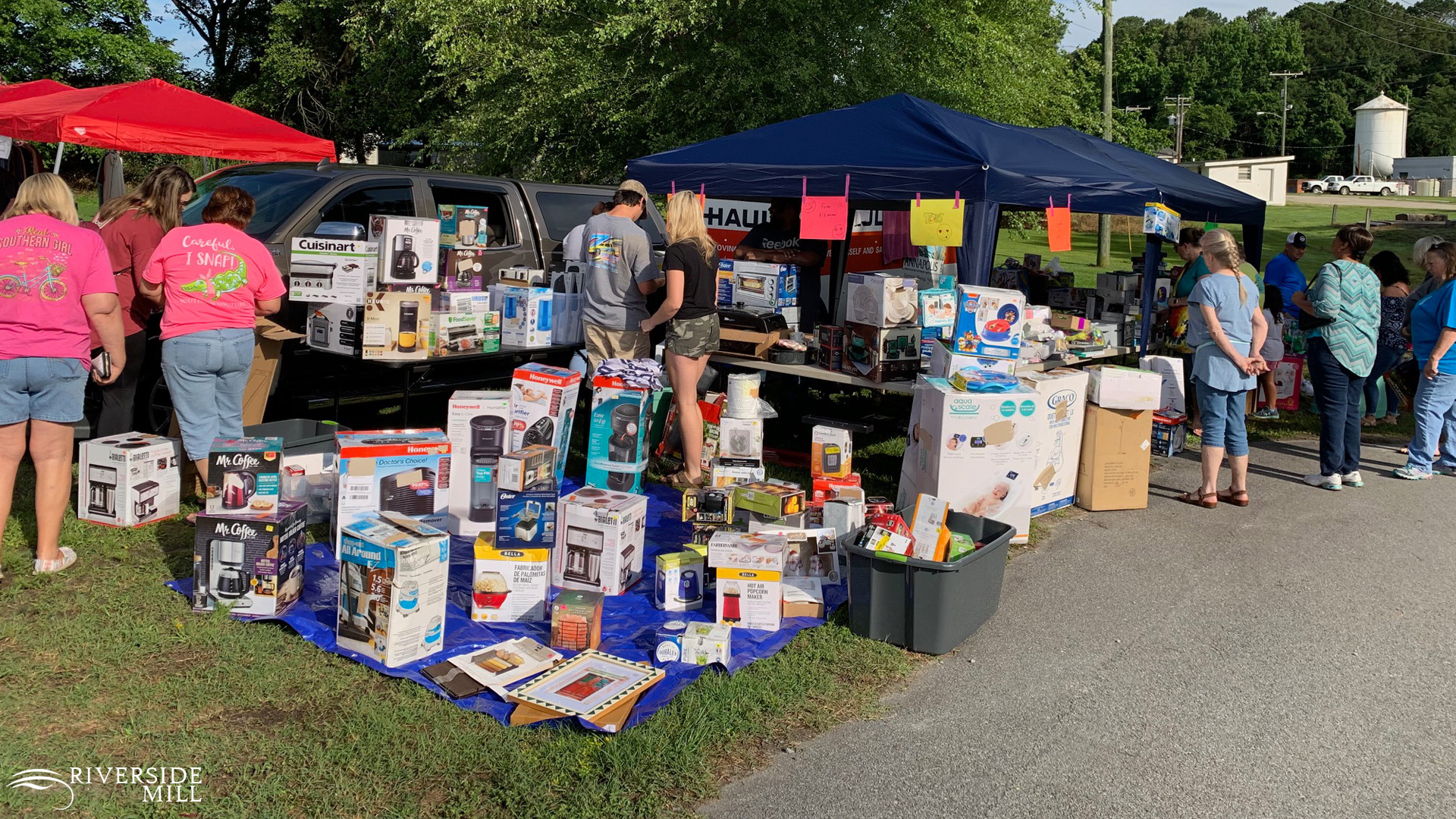 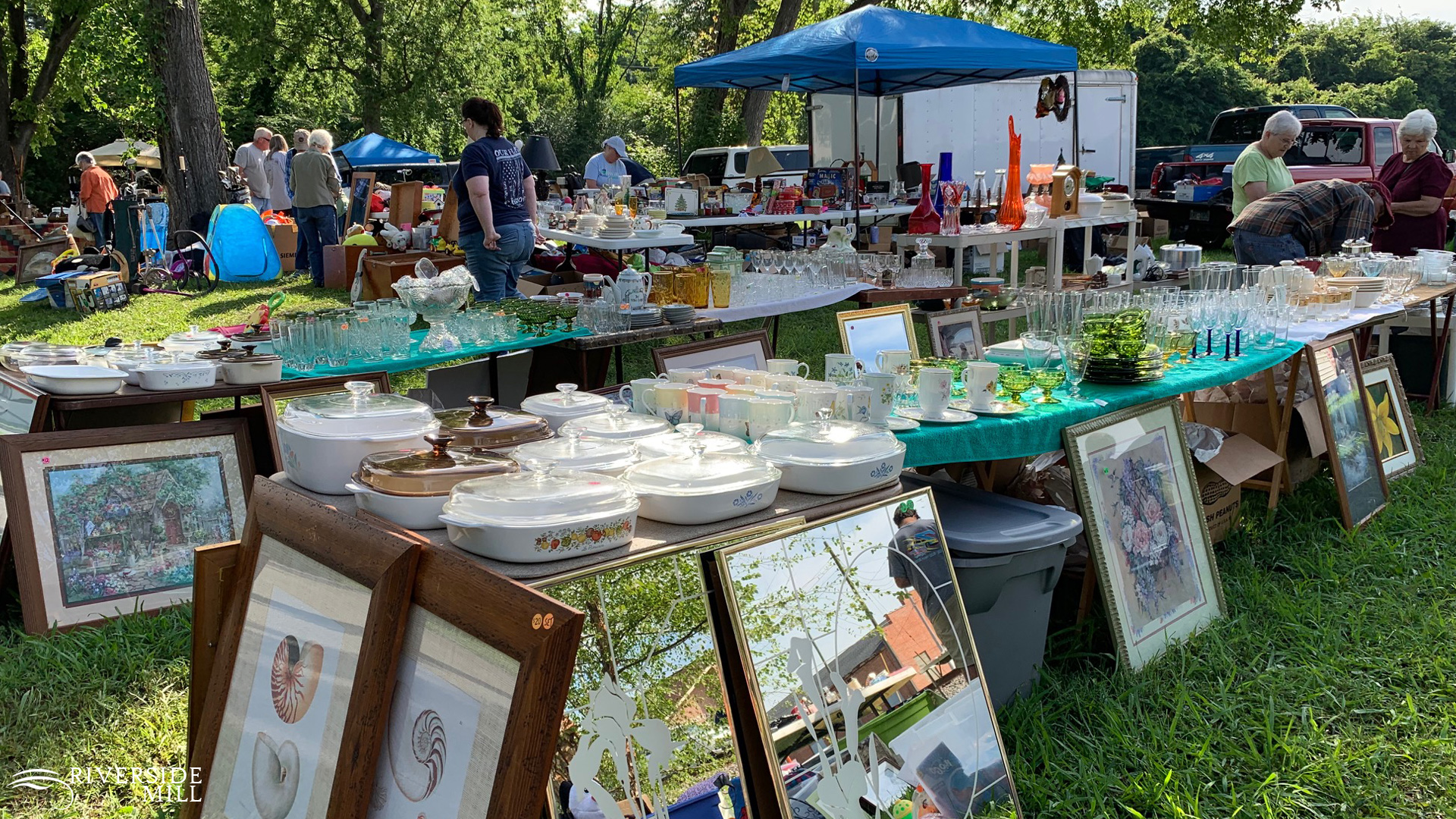 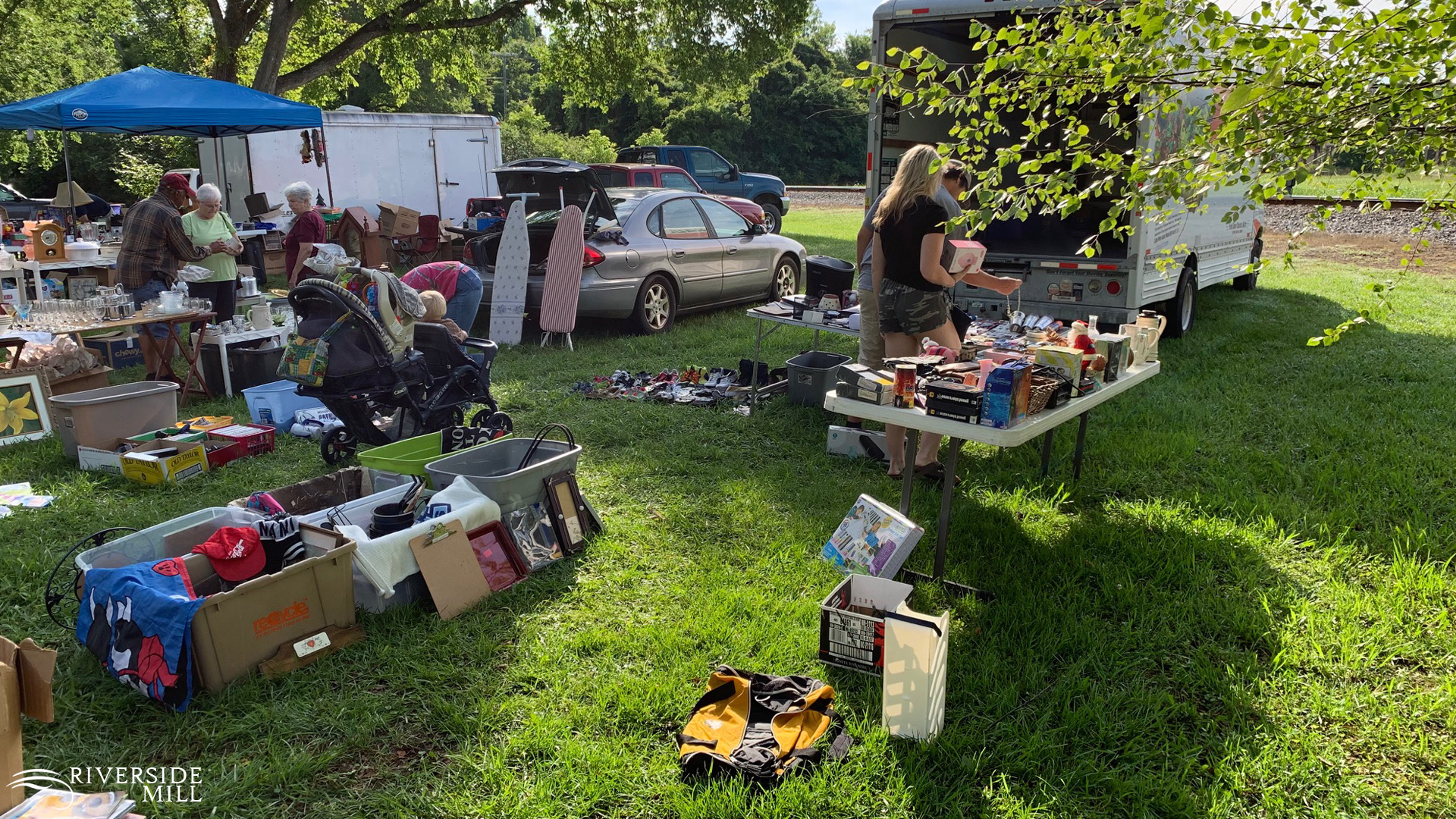 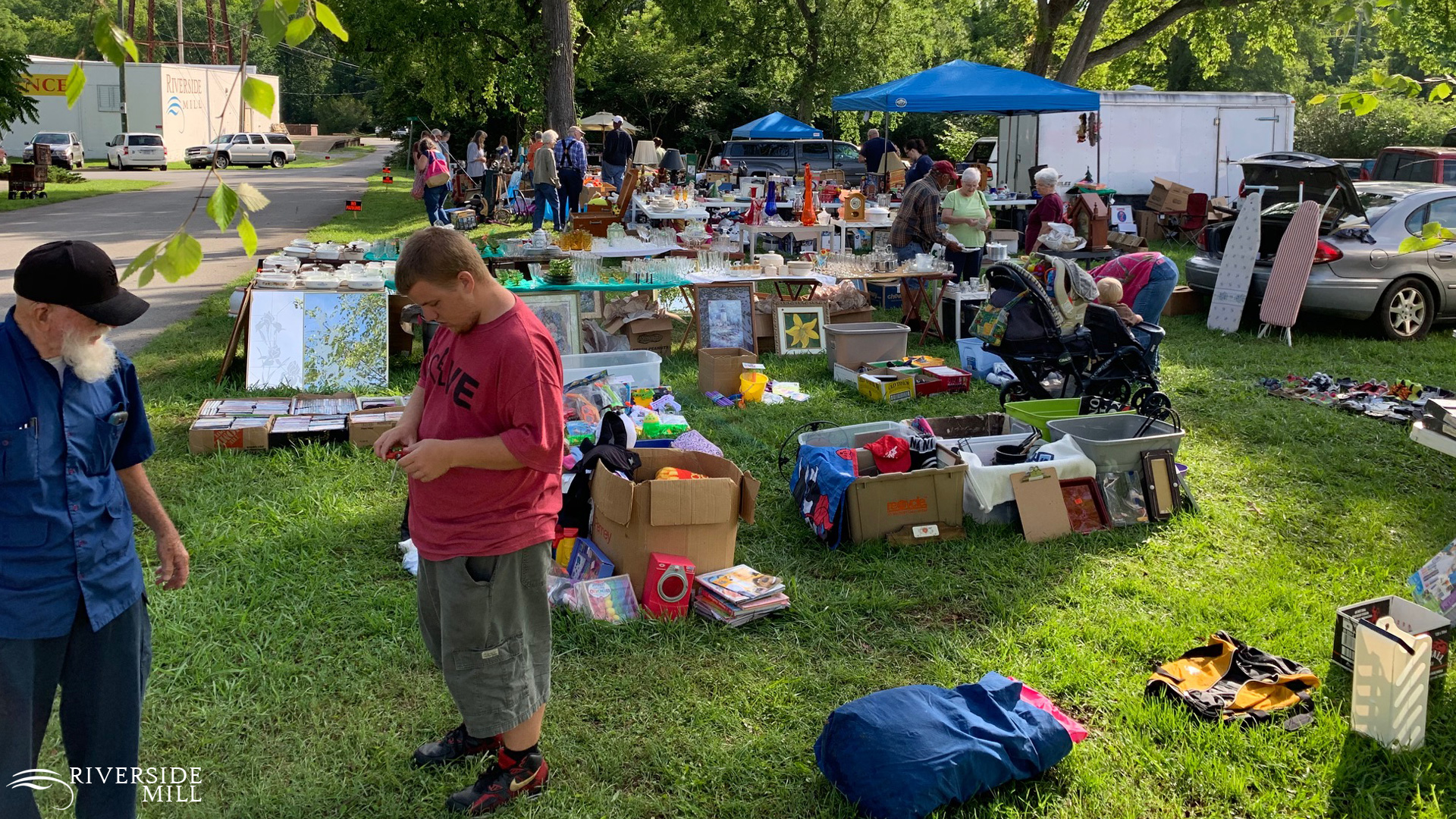 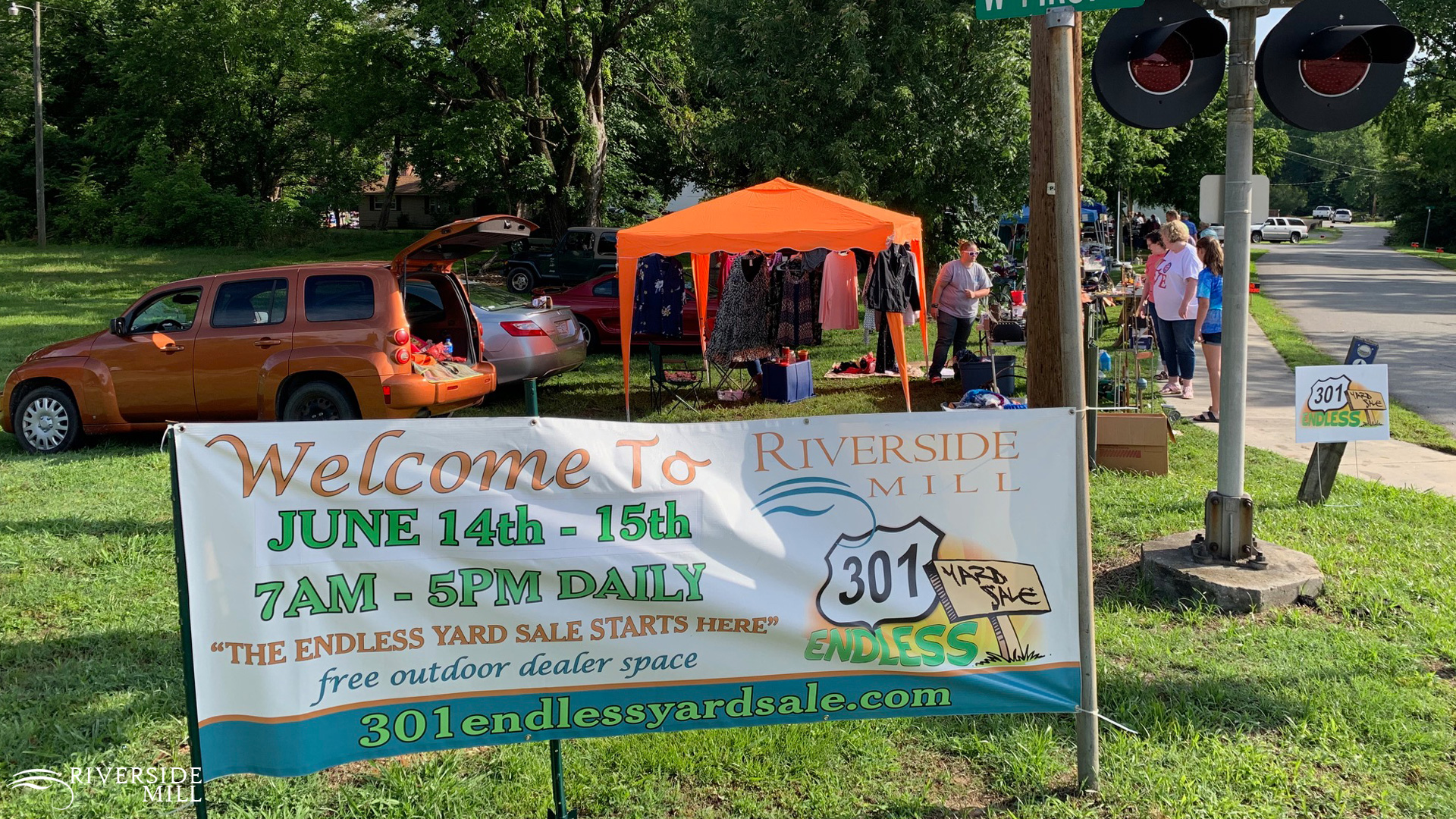 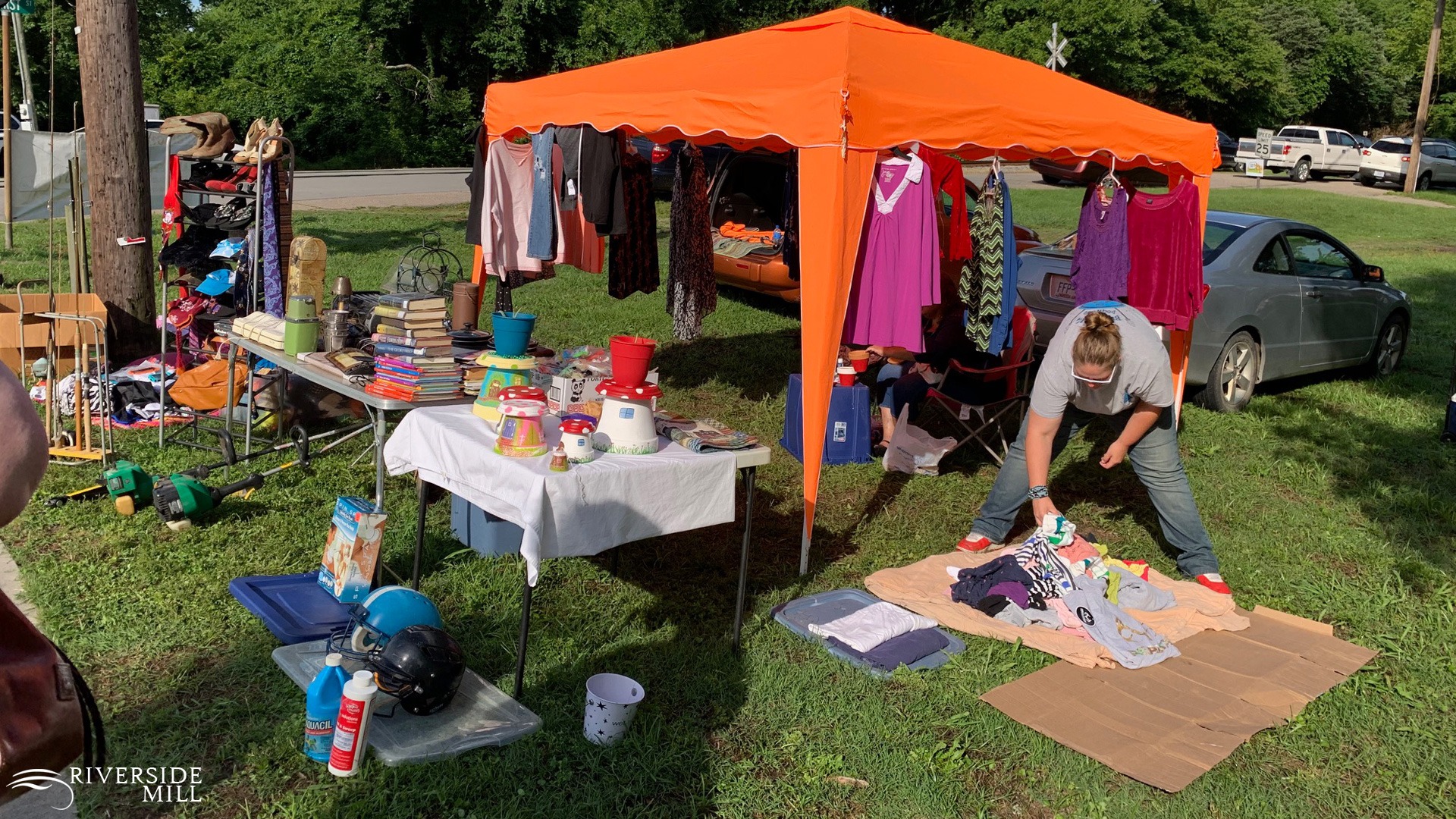 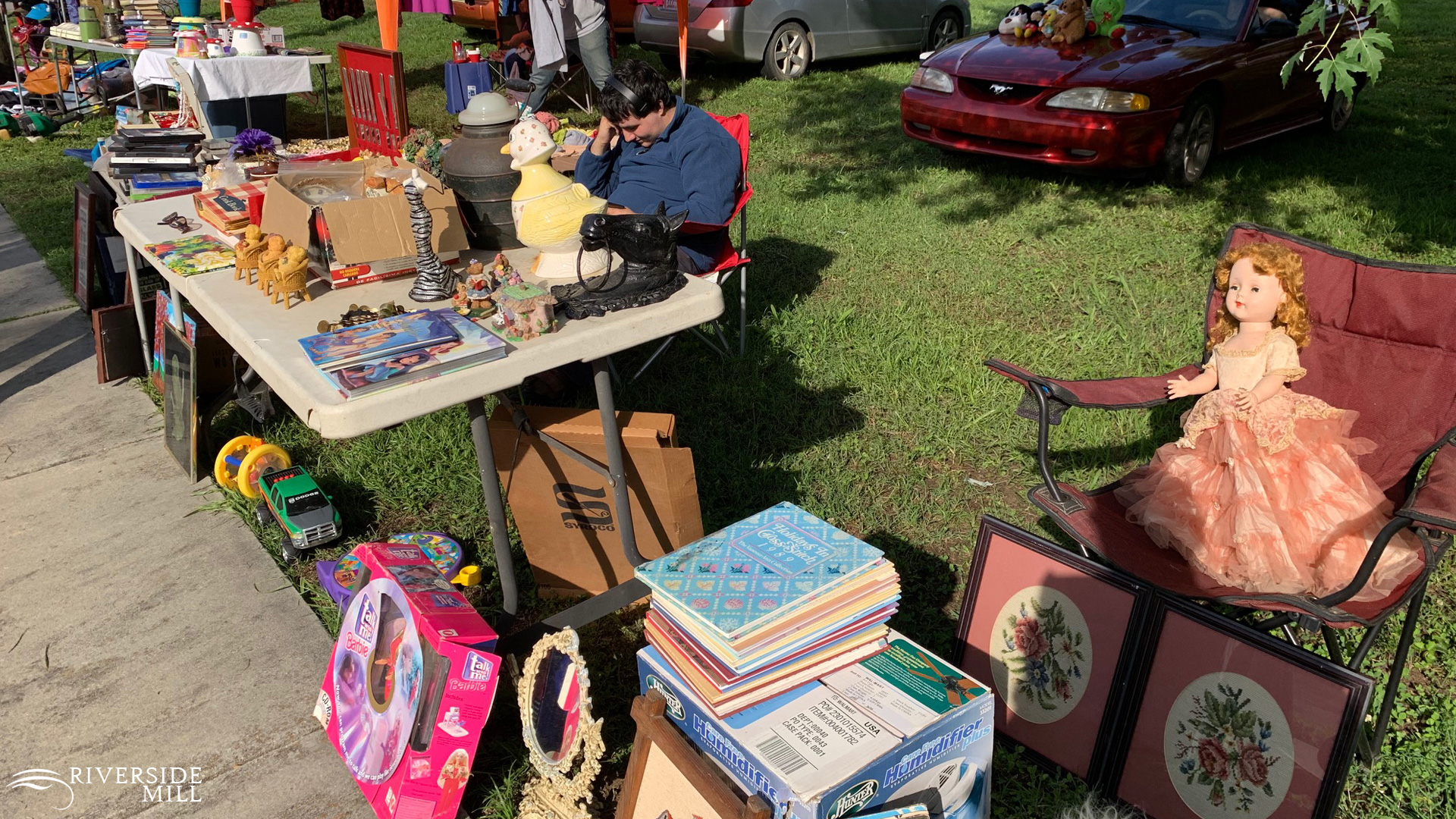 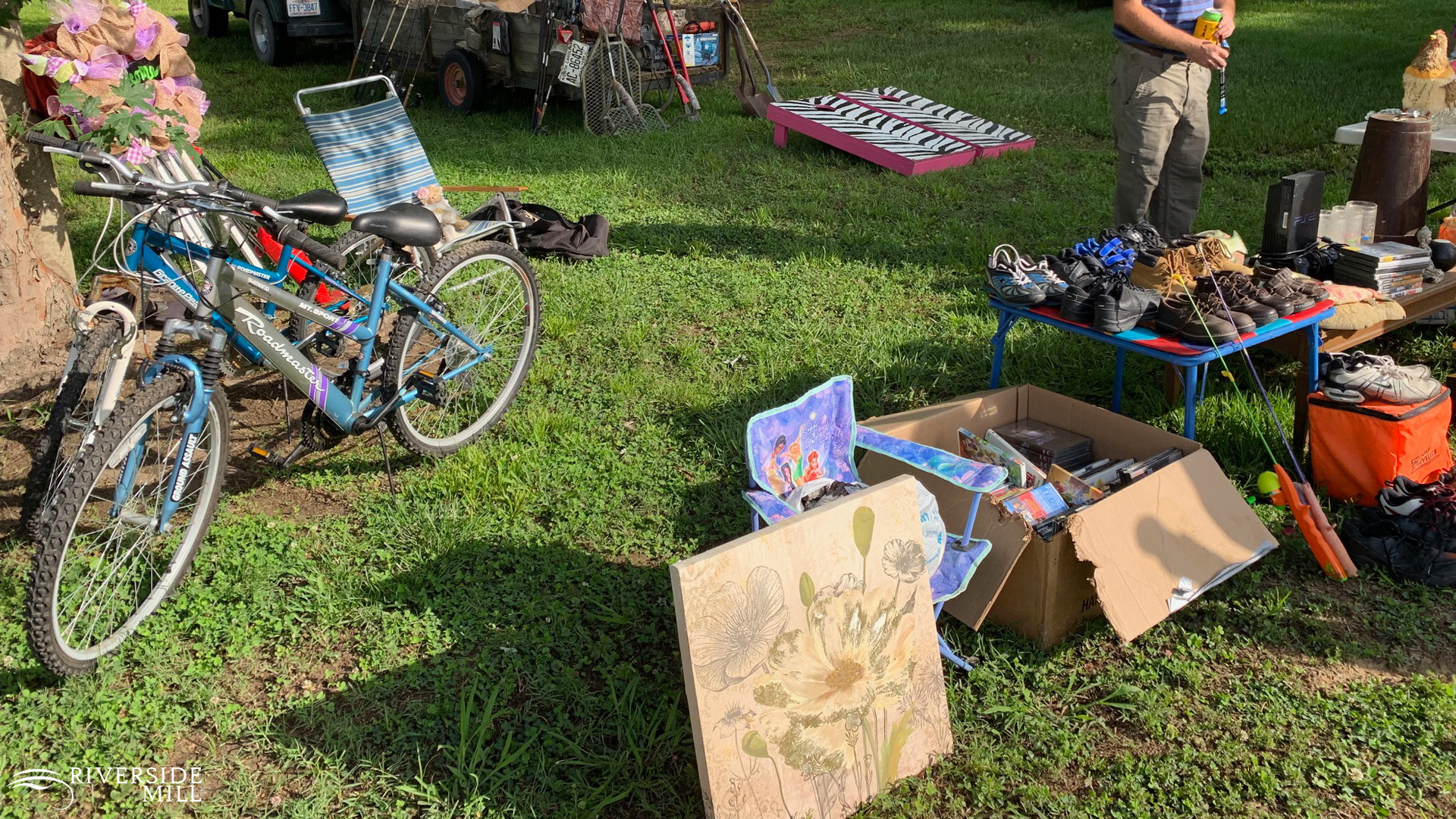 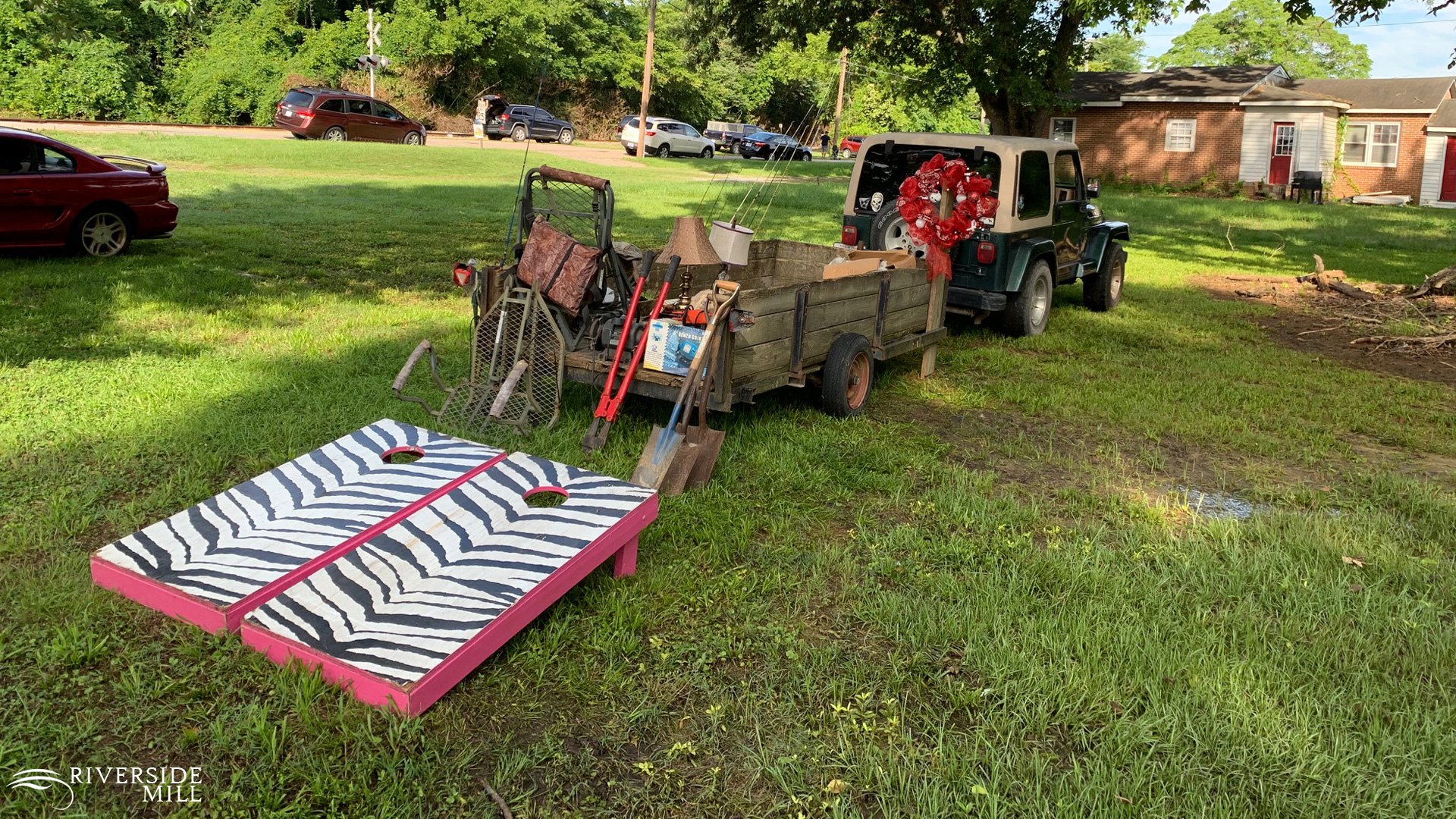 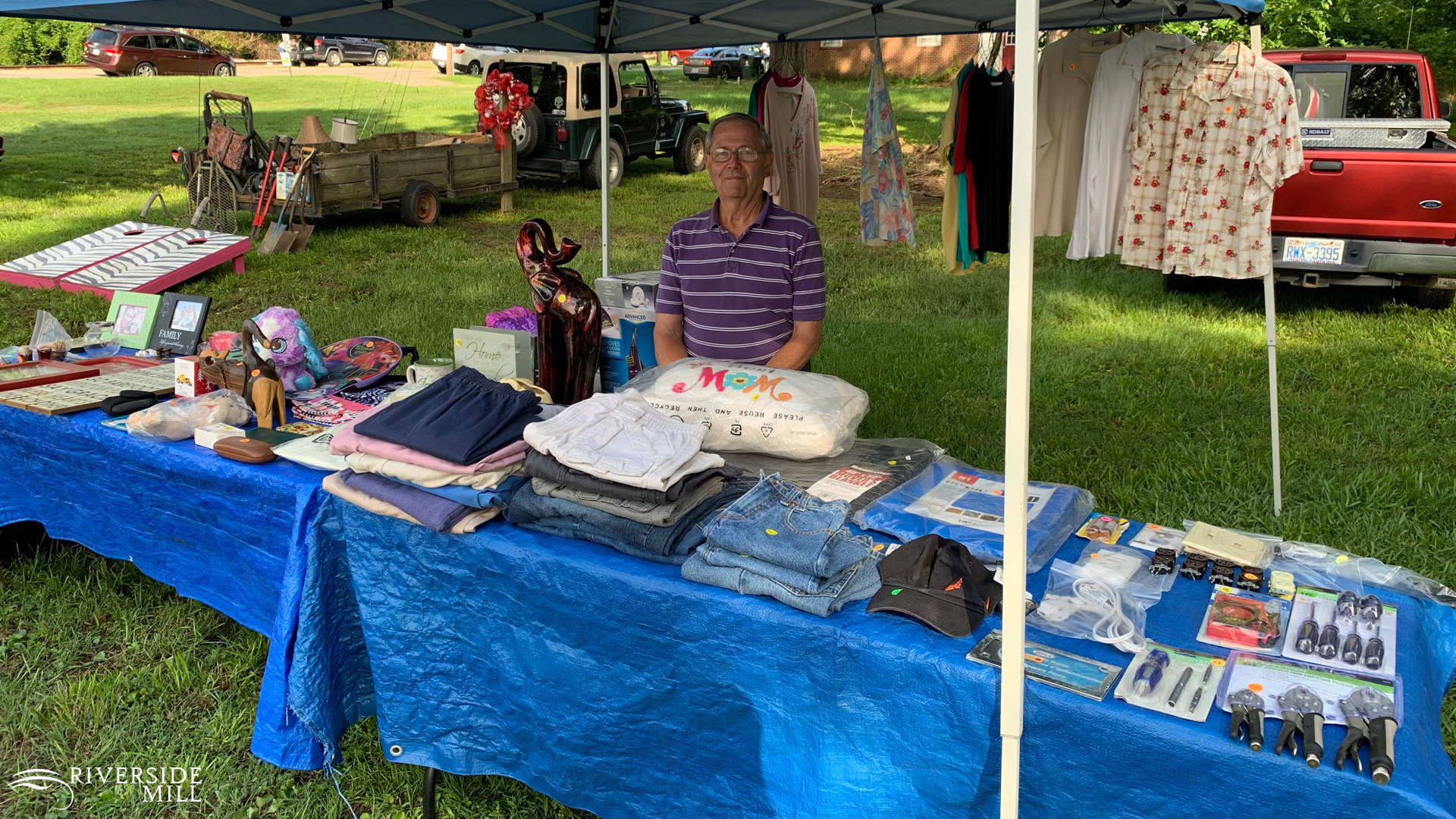